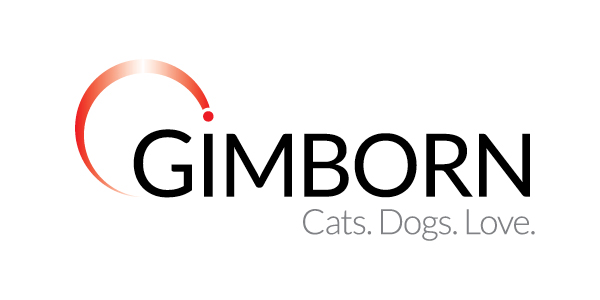 H. von Gimborn is founded as a chemical-pharmaceutical factory by pharmacist Heinrich von Gimborn, whose name the company bears. The main focus of the company is initially on the production of pastes and tablets for human consumption – analogous to today’s products for animals. On this basis, and with the sale of ink, liquorice and fennel honey, the company establishes itself on the market and grows rapidly. By the end of the 19th century, H. von Gimborn has branches throughout Germany and overseas subsidiaries too, including operations in South America, China and the USA.

The company is sold to Pelikan and henceforth manufactures ink and carbon paper on behalf of its new owner.

H. von Gimborn AG does not survive the Second World War unscathed. Having been reduced to rubble during the destruction of the city of Emmerich, it is rebuilt on a new site.

H. von Gimborn enters the pet supplies market with the acquisition of the license for the British brand Ipevet. The GimPet brand is launched shortly thereafter. GimPet is the first manufacturer to offer lactose-reduced milk for rearing kittens which is similar in composition to cat milk.

Pelikan AG sells the company to Michael Eckes, a member of the family that owns beverage manufacturer, Eckes.

The company is taken over by Süd-Chemie AG, Munich (now part of the Clariant Group) that mines bentonite on an industrial scale. This leads to Gimborn applying its knowledge of the cat food market to manufacture cat litter made from bentonite. Biokat-brand cat litter has been produced at the factory in Kelheim (Bavaria) ever since.

The H. von Gimborn GmbH is the first company, which offers products with L-Carnitin for dogs, that reduces the fatty build-up in tissues and stimulates the energy metabolism.

H. von Gimborn GmbH expands by purchasing the Italian Giglioli Group, and henceforth has subsidiaries in Italy, the Czech Republic, Hungary and Russia.

Gimborn operates pet shops in the Czech Republic until 2011.

As of September 2008, the Gimborn Group is wholly owned by the Prague-based private equity fund Penta Investments.

Gimborn is recognised with the New Product of the Year Award in both 2014/15 and 2015/16 by “pet”, the leading German-language magazine for the pet supplies trade.

The H. von Gimborn GmbH is taken over by the Hillhouse Capital Group. Gimborn was the first German company at all, which has been granted in 2015 already an official license from the authorities to introduce pet snacks, such as functional SnackPastes for cats, in China. Gimborn is glad to be able to further expand now its presence in the Asian markets with the new owner.

One of our core competencies is the ability to develop and implement innovative and efficient manufacturing procedures. Gimborn operates with two state-of-the-art production facilities in Germany. Snacks and treats are made in the facility in Emmerich am Rhein (North Rhine Westphalia, Germany), and cat litter in the facility in Kelheim (Bavaria, Germany). Gimborn has invested heavily in both facilities in recent years.

Our production facility for cat litter is one of the most energy-efficient and state-of-the-art facilities in the whole of Europe. The production process is illustrated as follows.

They have been a pet specialist for more than 50 years with our Biokat’s brand of cat litter, and GimCat and GimDog brands for snacks for cats and dogs.

Gimborn’s proucts are being sold in more than 40 countries. The core markets are Germany, the Netherlands and Italy. In the German specialist trade, H. Gimborn GmbH is a market leader in important segments.

Gimborn has outstanding expertise in innovation which has been demonstrated in award-winning product concepts and a corresponding growth in sales. For example, the leading German language specialist magazine for pet shops, “pet”, awarded the company the product innovation prize in 2014/15 and 2015/16.

They use award-winning concepts in sustainability and energy efficiency. In contrast to traditional German SMEs, Gimborn also uses highly professional IT and analysis systems and well-structured design and development processes.

For more than 30 years, Biokat’s has been synonymous with premium cat litter and pure wellbeing.
With our patented compositions, our cat litter offers superior odour binding and outstanding clumping properties. Biokat’s stands for 100 percent natural ingredients. Biokat’s also stands for outstanding worlds of fragrances. This makes Biokat’s products perfect for satisfying two important needs in a harmonious relationship between human and cat – hygiene and wellbeing! This is Biokat’s cat litter:

Leotsakos IKE  is Gimborn’s exclusive representative in greek market since 2012.